A Contrarian's Guide to Blogging

Once upon a time, I used to blog a lot. No, make that a lot. During those days, I ran into a lot of the information and advice about blogging out that's floating around out there. Not just for beginners, but for more experienced bloggers as well.

A lot of that information and advice is good. Some of it sits on that line between being useful and being dubious. The rest is rubbish.

While all of that information and advice is interesting, and sometimes useful, it’s not gospel. It’s not written in stone. Some people seem to think it is, though.

I’m going to spend the next few hundred words offering you some advice that goes against the grain of the so-called conventional wisdom for bloggers. That information worked for me and fit with my goals when I was a blogger. It might also work for you.

Let’s start with the elephant in the room: keywords. Keywords have become tightly linked with SEO, and my thoughts about SEO are fairly well known in some circles.

Keywords can be either a precision tool or a bludgeon. Far too often, they’re a bludgeon. A big, heavy, nasty bludgeon.

If you feel the need to use keywords in your blog posts, don’t pack them in. It makes your writing sound unnatural. Writing like that doesn’t flow and reads badly. It sounds stilted. It sounds contrived. It reads like it was written for an algorithm rather than for human eyes and brains.

Someone suggested that you use one to two keywords in each paragraph. I’d go so far to say use them in every second paragraph. If that.

When in doubt about the number of keywords you’ve added to a blog post, read it out loud. If the post doesn’t sound natural or doesn’t flow, rewrite it.

WordPress Isn’t the Only Game on the Web

Many bloggers choose WordPress as their blogging platform. With good reason. But don’t think that WordPress is the only option you have.

While people pooh-pooh Blogger, Write.as, Ghost, Write.as, and other platforms for their supposed deficiencies, not everyone needs what WordPress has to offer. They can more than get by with simpler blogging platforms.

Choose your blogging platform based on your needs, not on what all the cool kids are using. If you want to go with WordPress, fine. If not, that’s fine too.

And, if you haven't already guessed, this blog is hosted using Write.as. So there!

A question people often ask me is How long should a blog post be? You might as well as me how long a piece of string should be.

I’ve hear people talk about the optimal or ideal length of a blog post being between 1,200 and 1,500 words. It isn’t

Not every idea, not every topic will fit into that 1,200 to 1,500 word container. What’s the point of stretching and padding a post to reach that length? All those extra words aren’t adding anything, except unneeded bulk, to the post. So why add them in the first place?

I can’t count how many times I’ve heard someone say that you need to be a great writer to be an effective blogger.

It’s not just about writing quickly. As the late William Zinsser (a legendary journalist, author, and writing teacher) said:

It’s Not About Numbers

It would be nice to have tens or hundreds of thousands of people reading your blog each week, wouldn’t it? Getting a bit (or more) income from all those readers would be nice, too.

Sadly, for many bloggers that’s not going to happen. Even if it did, how many of those visitors:

Probably only a fraction of them.

What you should be aiming for is a core of enthusiastic, engaged readers. I’d rather have 100 engaged readers than 1,000 casual ones. People who keep coming back because what I’ve written is helpful, is interesting, and speaks to them.

Not Everything Needs to Tell a Story

About eight or 10 years ago, people started nattering on about how everything that you wrote needed to tell a story. Whether it as marketing material, website copy, articles, books, or blog posts, the story (we were told) was the key to engaging readers. That’s nothing new — newspapers have been doing that for centuries.

To be honest, I got storied about pretty quickly. While stories can humanize writing and can help people relate to what you’re writing, not everything fits into the framework of a story.

Don’t try to tell a story with everything you write. In some cases, you’ll use a scenario to frame a problem you’re trying to solve or to introduce what you’re writing about. Then, get to the heart of the matter. Jump into a procedure, a how-to, your idea or opinion. Don’t waste words going into detail or adding background. Offer your key insights or the solution immediately.

What’s important when blogging? It’s all about what you have to say. And you need to say it effectively.

Focusing on keywords, link building, audience numbers, and the like doesn’t get the job done. Instead, focus on crafting good blog posts. Focus on creating blog posts that will help your readers, that will entertain them, that will keep them coming back.

If there’s any secret to good blogging, that’s it. 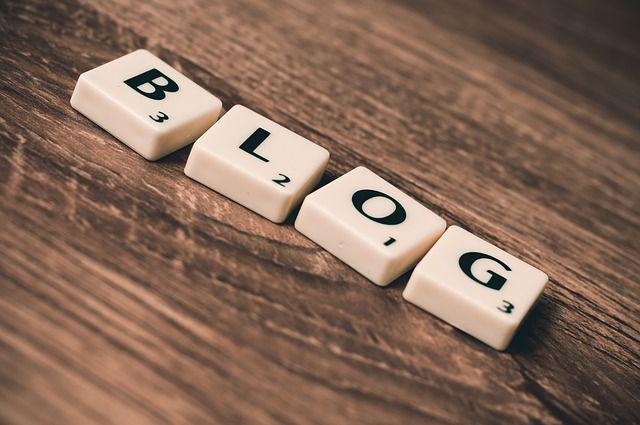