Lately, ideas around the smaller web and digital minimalism have been on heavy rotation in my brain. And, of course, I've been pondering how to apply those ideas to my online and digital lives.

It dawned on me that the best place to start was my own website. In that past, that site was a set of pages that spread out from a central landing page — like most sites on the web. But it wasn't always that way.

In the heady days of the web in the early 1990s, that site was a single page. A traditional home page. So, why not go back to that? I took the plunge and spent a whole 10 minutes consolidating the various bits of my website into a single page.

Instead of having a long page crammed with text, I used the magic of HTML5 to create a set of expandable sections. No JavaScript required, just a couple of HTML tags. One click is all it takes to expand or collapse those sections.

Now that I have a home page instead of a website, that piece of my online presence is easier to maintain. It keeps the size of my corner of the web small. And while that homepage is pretty basic, it works. What else do I need?

Looking towards the centre of Auckland. 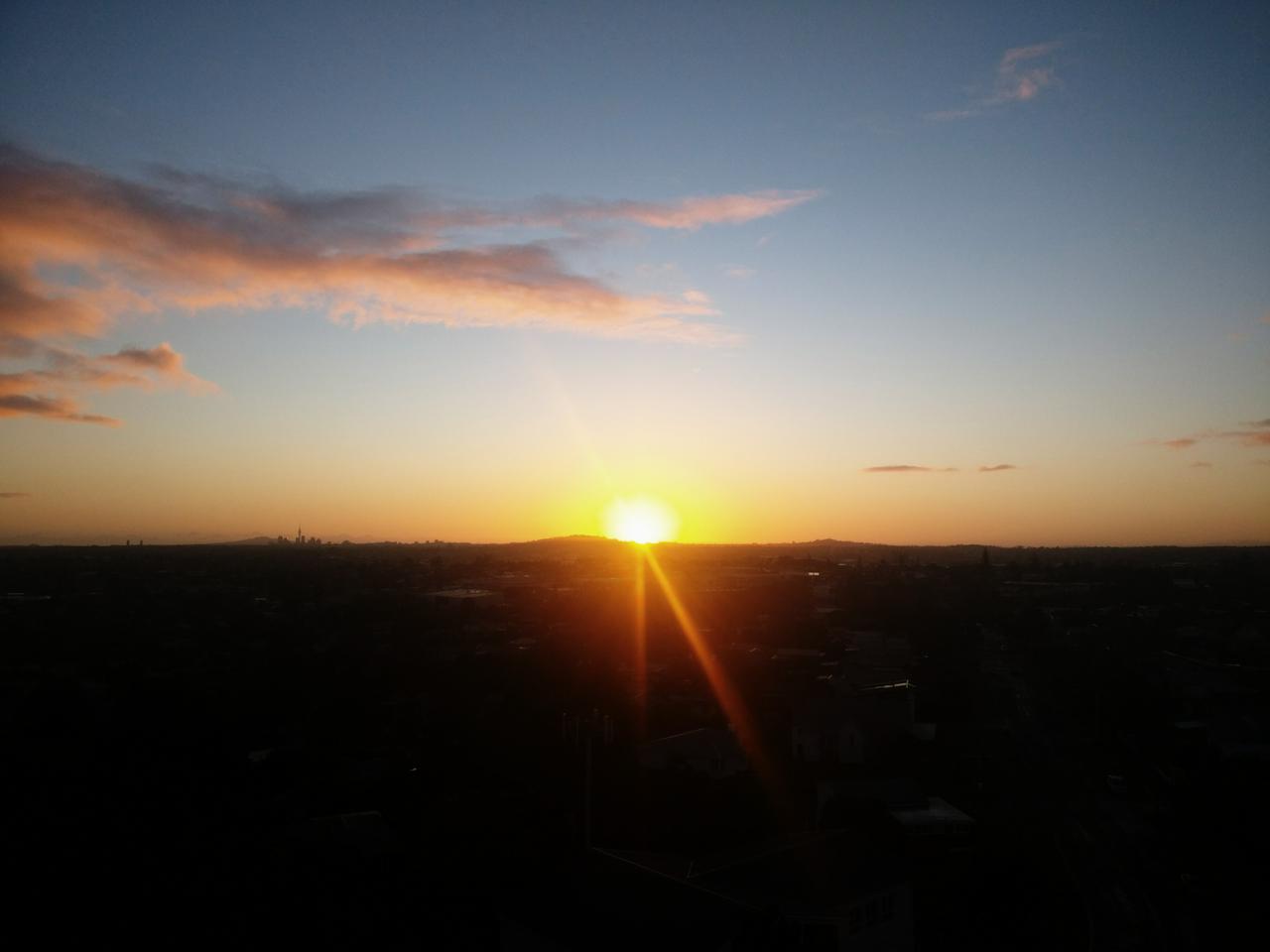 Lately, a chunk of my thinking has centred on digital minimalism and what I like to call the DIY web. The focus of much of the latter has how to make the web, at least the personal corners of it, leaner but still rich and informative and useful.

a collection of performance-focused web pages from across the Internet

While keeping the size of a web page 512KB or less might not be right for every purpose, the 512KB Club does show that you can pack a reasonable amount of information into a smaller space. That you don't need a platform with a pile of complex plumbing beneath it to stake a claim to a corner of the web. That online, compact and simple can trump big and complex.

On Being a More Productive Writer

Over the last few months, a few friends (and a few helpful readers of a couple of my other online publishing projects) have been urging me to give a certain piece of software a try. Some of those folks insist that by embracing the tool in question, I'll become a more productive writer.

The problem there is that I don't need to become a more productive writer. I think I write enough. I write more than quite a bit each month — in my personal spaces, with the occasional freelance gigs I take on, and at The Day JobTM.

Maybe it's time to step back — either with the frequency at which I write and publish or with the number of projects I juggle or both. Just so I can gain those missing chops, so I can gain the time and the space in which to think more deeply about some what I write. To once again hear the stories clearly.

Interesting Reads from Around the Web – August 2, 2021

That's what musician Trey Gunn called it in a blog post that's now vanished from his website. Rewiring the systems is a process that prepares you for change.

You reevaluate what you're doing, how you're doing it, and why. Then, you make tweaks or wholesale changes to all of that. It can be scary, but change (even if it's just a small tweak) can be beneficial.

As I do every five years or so, I'm currently trying to rewire my systems. At least, trying to rewire parts of those systems. It's taking a bit more effort and time than I expected, but I'm hoping those changes will have far-reaching consequences.

A Letter, Not a Newsletter

You might not know this, but I send an email letter to a handful of subscribers every Wednesday. Almost from the beginning, I referred to it as a letter rather than a newsletter.

Over the life of that letter, more than a few people have asked me why I call it that. To me, there's a distinction between a traditional (if you want to use that word) email newsletter and what I'm trying to do.

Newsletters are often put out by people who are reporting to their followers — what they're up to, what they're thinking about, what they're selling. Often, those newsletters include more than a few links. Others are purely linkstations, consisting almost entirely of outgoing links. All in small, bite-sized chunks.

With my past, and current, experiments in email publishing I took a different tack. I used George Orwell's “London Letters” to the magazine Partisan Review, Alistair Cooke's “Letter from America” on BBC Radio, and Harlan Ellison's “An Edge in My Voice” column in LA Weekly as my models. No, I'm not comparing myself to Orwell or Ellison or Cooke — I have nowhere near the skill and talent they had as writers or communicators.

But like Orwell and Ellison and Cooke, my goal is to share a moment in time. To share ideas, often partially formed or still gestating, that have grabbed my attention. To present what I hope is an informed opinion on a subject. To share my interests with others.

Admittedly, it takes a bit more patience, concentration, and attention to engage with what I send out each Wednesday than it does to, say, engage with a linkstation newsletter. In that way, what I write and send is more like a personal missive rather than the breezy copy found in many a newsletter that lands in someone's inbox.

Does that format work? I'm still trying to figure that out, to be honest. But it is a format that I enjoy and which challenges me. And, I hope, one that challenges that people who stick with my letter.

Some interesting posts I've discovered in these parts over the last while:

It's Not the Path, It's the Destination

A few of my friends are very keen on learning languages. Aside from studying, practicing, reviewing flashcards, and all of that they also frequent the various language learning blogs and forums that have cropped up on the internet.

From what I've heard my friends say, that little world is a microcosm of our wider one. The blogs and forums are at times inspiring, annoying, petty, uplifting, edifying, and downright infuriating. Just like a lot of other communities of the internet.

One never-ending debate seems to revolve around which system or method espoused by which polyglot is the best way to learn a language. The discussions and arguments can get quite heated, I'm told.

What works for one person might not necessarily work for another one. And that doesn't just apply to learning languages. It goes for productivity, fitness, learning to code, writing blog posts, playing chess, ad infinitum.

The path that you take towards what you want to do isn't important. What's important is your destination. Don't worry about others and their ways of doing things. Follow the path that's right for you. Do what works for you. Ignore the backbiters and whiners. Ignore the skeptics and naysayers. Block out the negativity, even from your own community. Ignore the infighting and specious debates.

Worry about yourself. And only yourself. Focus on your goals. That's the only way to improve and to do and achieve what you want.

Over the years, I've talked and worked with a number of people who were in those situations. And most them felt let down by their tools. They believed that the web of software and apps and services at their fingertips were the cause of their productivity dropping off.

If you're in any of those situations, or situations like them, don't blame your tools. Your tools aren't the weak link in your chain of productivity.

You're that weak link.