Rain can be many things. It brings life. It brings destruction. It's an annoyance. It's a pleasant surprise. It makes a beautiful sound. It's incessant and depressing.

I have two very strong memories of rain. Memories that I don't think will ever leave my brain.

The first from when I was a child. It was a Sunday afternoon in October. The mid 1970s. I watched the heavy rain that had been falling since early morning flow into a sewer grate near my house. A steady, unrelenting river that soon had the sewer overflowing. My childish imagination conjured images of a flood of biblical proportions engulfing the street I lived on.

The other memory is when I was in Beijing one July in 2006. The heat, the humidity, and the pollution came together to create a dark, oppressive smog that blanketed the city. A typical summer day in that burgh. The rains came, and washed away the dirty air. There was a short break in the rain, then it started again. I looked out the window of the apartment I was staying in and saw something beautiful: cyclist wearing multicoloured rain ponchos streaming down the street below. By the time I got my camera, they were gone. 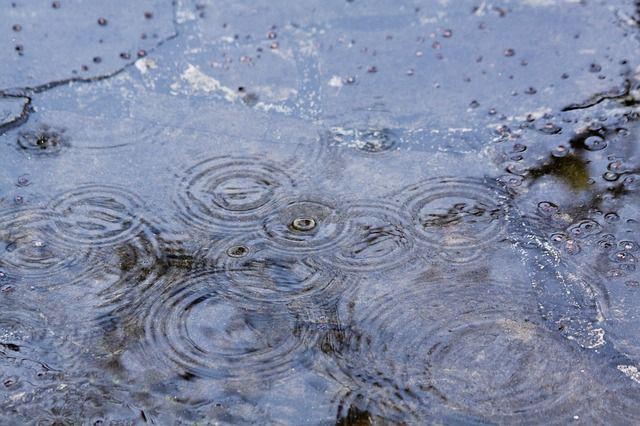